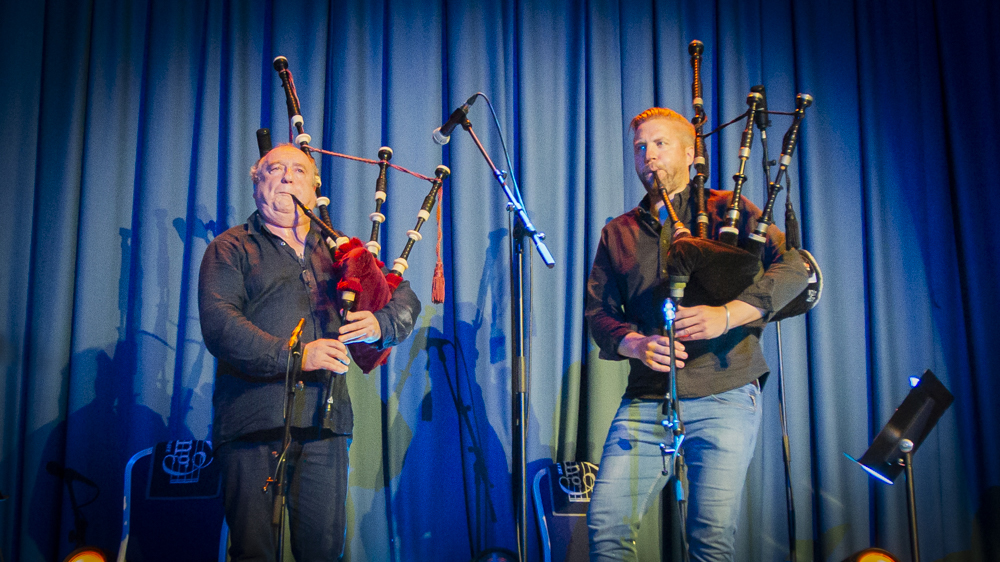 The Celtic Connection website says about the concert: “Piping legend Allan MacDonald brings a lifetime of musical mastery to Celtic Connections 2023.  A leading light in the Gaelic musical scene, Allan MacDonald is in demand internationally as a composer, musical director, piper, singer, workshop leader and lecturer on Gaelic music. In this special show which was premiered at Piping Live! 2022, Allan is joined on stage by a house band of traditional music greats – Finlay MacDonald, Iain MacFarlane, Leonard Barry and Ali Hutton – as they perform Allan’s compositions from his seminal Moidart collections The First Hundred and The Second Hundred, including his tune We’re a Case the Bunch of Us. “