19 hours ago
Enter the Northern Meeting 2023 competitions now!
20 hours ago
See the Scott Wood Band tonight at Celtic Connections 2023
2 days ago
Stuart Liddell tribute to Ian Duncan and his music
2 days ago
Bagpipe instructor wanted by Clackmannanshire Council
3 days ago
See David Shedden and Assynt at CC23 on Wednesday, January 25 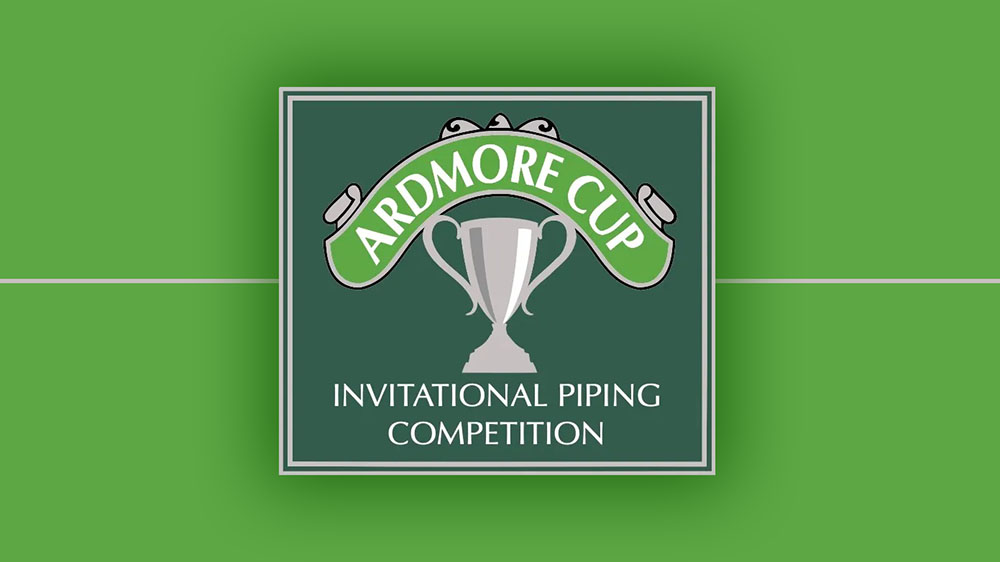 There are two events, an MSR (competitors will submit three sets) and a Medley that must include one Irish tune.

RG Hardie & Co is donating a set of Peter Henderson Heritage pipes that will have the Ardmore Cup logo on the bass drone stock. The pipes will be auctioned off via Facebook prior to the event.  Proceeds from this event will be donated to local pipers and pipe bands.

This contest is organised by Eric M. Stein who ran the SunBelt competition which took place in November in Orlando, Florida, and previously the Metro Cup.

Tickets are €5 per adult and children are free. Tickets can be reserved via PayPal by sending admission fee to ericmstein53@gmail.com. (Please send as ‘Friends and Family’.) Doors open at 12:30pm; MSR 1pm; Medley 6pm.