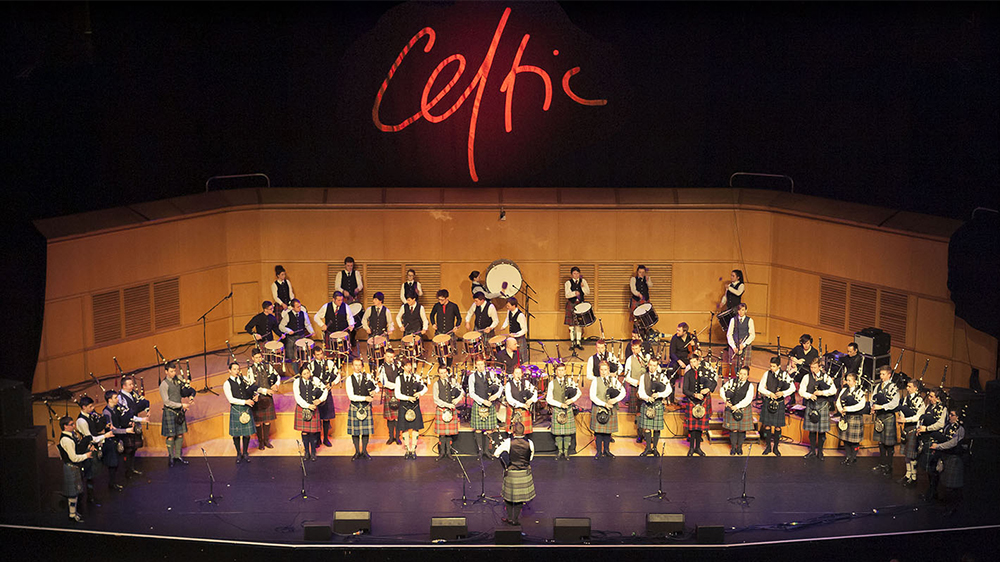 •The National Youth Pipe Band of Scotland on stage in the main auditorium of the Glasgow Royal Concert Hall in 2014. Photo: JohnSlavin@designfolk.com/Bagpipe.news

The Celtic Connection website says about this concert: “A highlight of the winter season for pipe bands, the Annual Pipe Band Concert returns with a special, one off double bill.

“An unmissable celebration of Pipe Major Ian Dunan’s contribution to the piping world. This special show revisits and reimagines the seminal Names and Places album originally recorded by the Vale of Atholl Pipe Band and folk group Eclipse First in 1990. As well as a wider celebration of Ian and the band.

“Also bringing together some of the country’s elite young players, The National Youth Pipe Band of Scotland’s Senior Band open the show.