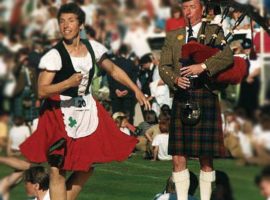 By Donald MacPhee Piping for dancing has been a big part of my life. My two sisters were highland dancers and latterly became highland dance teachers. When I got on to the pipes, my dad and bagpipe tutor (Sandy MacPhee) encouraged me to play for the dancers that were getting […]

Tommy Johnston died in hospital on Tuesday night after a short illness. He was 65. Tommy was an immensely popular figure in piping and piping band circles. In the mid-1990s he set up Pipe Dreams with fellow ScottishPower Pipe Band member, Ronnie McShannon. The two launched their popular Ezeedrone drone […]