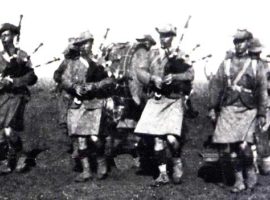 The Modder River is a tributary of the Riet River that forms part of the border between the Northern Cape and the Free State provinces of South Africa. On November 21, 1899 the river’s banks were the scenes of heavy fighting in the beginning of the Second Boer War (from […]