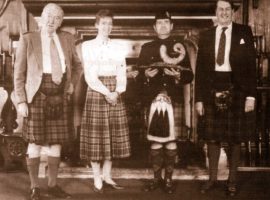 The late 1980s was a period of transition in piping. In 1987 the 78th Fraser Highlanders became the first overseas pipe band to win the World Pipe Band Championships and in 1988 Ottawa-born Amy Garson would be the first female invited to compete at the Glenfiddich. The 1988 Glenfiddich was […]