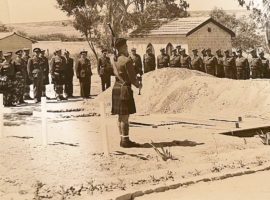 Last August we uploaded to Bagpipe.News a great article on Calum Campbell that had been written by Joe Wilson 13 years ago and published in the July 2008 edition of the Piping Times. As a teenager Calum had enlisted in his father’s old regiment, the Seaforths, before being appointed some […]