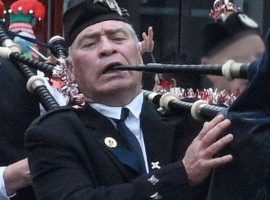 A piper in New Zealand has been sentenced to 12 months’ intensive supervision after committing a roadside sexual assault on a 13-year-old girl. He was also given a ‘first-strike warning’ under New Zealand’s three-strikes legislation. John William Nicholl (54) of Outram, a rural suburb of Dunedin in the South Island, […]