21 hours ago
Enter the Northern Meeting 2023 competitions now!
22 hours ago
See the Scott Wood Band tonight at Celtic Connections 2023
2 days ago
Stuart Liddell tribute to Ian Duncan and his music
2 days ago
Bagpipe instructor wanted by Clackmannanshire Council
3 days ago
See David Shedden and Assynt at CC23 on Wednesday, January 25 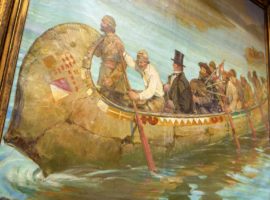 – Notes on a piper in Western Canada in the 1820s. Compiled by John Gibson, Inverness Co., Nova Scotia.(From The International Piper, July 1980) “Out of the blue, one day in 1821, it was announced that the North West Company had amalgamated with the Hudson’s Bay Company. Every effort was […]