8 hours ago
Pipers’ Tryst Sessions and Celtic Connections brighten a Glasgow weekend
1 day ago
Richard Parkes pays tribute to Ian Duncan and his contribution to pipe bands
2 days ago
Playing the Highland pipes with other instruments – why B-flat and not A?
4 days ago
Piping results and photos from B.A.G winter competition
4 days ago
See Breabach tonight at CC23 and on USA tour starting Feb 2023 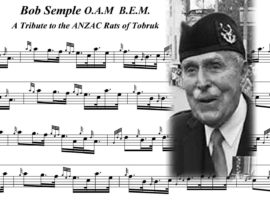 A new tune has been composed in honour of Robert – Bob – Semple O.A.M, B.E.M. who died in January after a short illness, aged 99. Bob was a huge figure in the piping scene of Australia and was at the centre of the pipe band movement there for most […]