6 hours ago
Playing the Highland pipes with other instruments – why B-flat and not A?
1 day ago
Piping results and photos from B.A.G winter competition
1 day ago
See Breabach tonight at CC23 and on USA tour starting Feb 2023
2 days ago
Enter the Northern Meeting 2023 competitions now!
2 days ago
See the Scott Wood Band tonight at Celtic Connections 2023 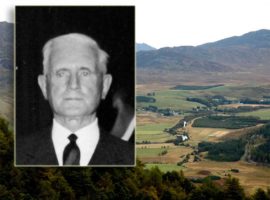