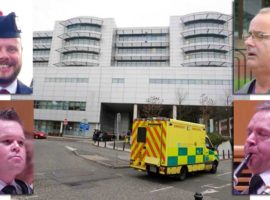 Of all the good causes for which money could be raised, there is none more deserving than one for children with cancer. The Royal Hotel in Cookstown, Co. Tyrone is the venue next Saturday (22nd) for a fundraising piping and drumming show to raise funds for the Children’s Cancer Unit […]