Tag: Lament For The Rise And Fall Of The Elephantine Crocodile 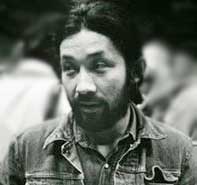 By Julian Goodacre About ten years ago my son, Liam gave me a CD re-release of an LP from 1981 called Lament For The Rise And Fall Of The Elephantine Crocodile by Yoshi Wada. I played it a couple of times, without giving too much attention to it, and then […]