3 hours ago
Piping results and photos from B.A.G winter competition
3 hours ago
See Breabach tonight at CC23 and on USA tour starting Feb 2023
1 day ago
Enter the Northern Meeting 2023 competitions now!
1 day ago
See the Scott Wood Band tonight at Celtic Connections 2023
2 days ago
Stuart Liddell tribute to Ian Duncan and his music 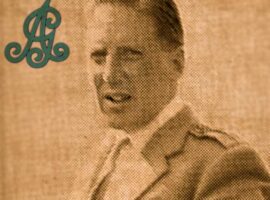 1968 By Jeannie Campbell MBE For 1968, competitors in the Open Competition at the Argyllshire Gathering and in the Clasp Competition at the Northern Meeting were required to submit four tunes from a list of six. The tunes were: Mrs. MacLeod of Talisker’s Salute, Rory MacLeod’s Lament, MacDonald’s Salute, Lament […]