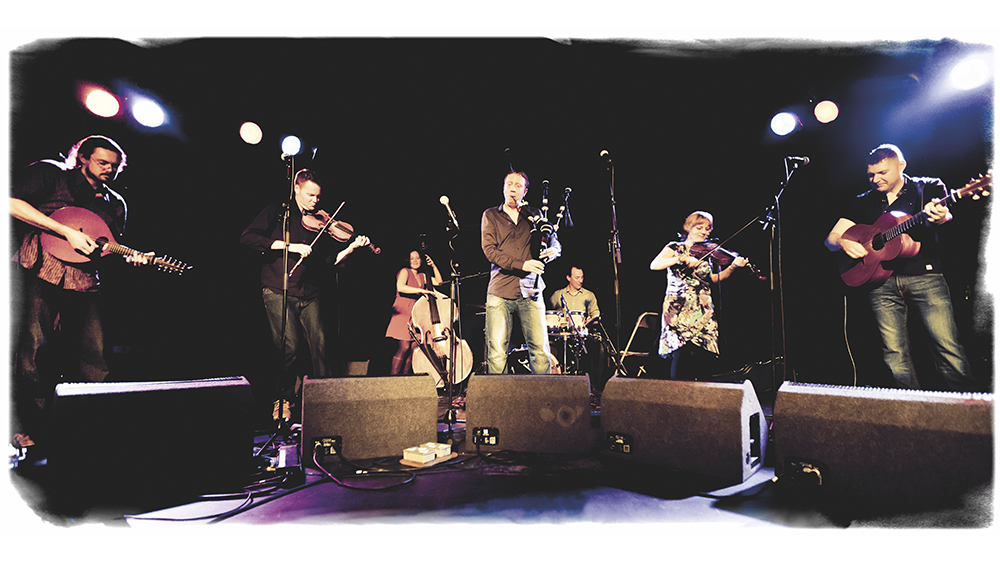 The Celtic Connection website says about the concert: “Dàimh are a Gaelic Supergroup and West Highland Music’s proudest exponents, based around West Lochaber and the Isle of Skye. With a reputation as giants of the Bagpipes and Fiddle, Angus Mackenzie and Gabe McVarish lead the melodic powerhouse. They do so with fellow founder member Ross Martin underpinning the groove on the Guitar. The band are joined by “new guy” Murdo “Yogi” Cameron on Mandola and Accordion to complete the instrumental line up. Joining them on vocals is the Gaelic firmament’s rising star, Ellen MacDonald.”