After the resignations of the previous years, the remaining members continued the work of the Piobaireachd Society and produced a second book of six tunes in 1906. The six tunes in the book were set for the 1906 competitions and the rule was stated that, “No other versions will be eligible for prizes in competitions held under the rules of the Society.” This book too, got a poor reception. One correspondent wrote in the Oban Times: “It is to be regretted that a Society of this kind, started no doubt with the best intentions, should prove a hindrance instead of a help to pipers by issuing inaccurate and mangled versions of tunes. If the Society has really the interests of piping at heart it will best serve these interests by now withdrawing from circulation all their publications and handing them over to a competent authority on the theory and practice of pipe music, who will correct and issue them in intelligible and proper form. Failing this, I see no course for the Society but to wind up and frankly acknowledge its failure to carry on successfully the work undertaken by it.”

The first news of the 1906 Gathering comes in a notice from the Piobaireachd Society: “Test tunes for the Argyllshire Gathering and Northern Meeting. For a specified competition the tunes will be MacLeod of MacLeod’s Lament, The Bells of Perth and Lochnell’s Lament. For another specified competition the tunes will be Lament for the Only Son, Corrienessan’s Salute and Clan Ronald’s Gathering.”

On the letter page of the same paper is a long piece from John MacLennan. He begins by commenting on the recently published second volume of the Piobaireachd Society Collection which contains 12 tunes at a cost of 5s 6d. “At this rate it will take 50 years to complete a book of about 300 tunes and it will cost nearly £7,” he writes. “General Thomason published 300 tunes in a neat concise form for the moderate sum of two guineas. Everything published by the Piobaireachd Society is already available in better settings and at less cost. The editor enumerates the number of prizes given and the large number of competitors present, all by which he concludes that the Society’s competitions were ‘an unqualified success. Gold is a key which will open the door of any temple. By it Alexander the Great opened the Temple of Ammon and had himself proclaimed as the divine origin, and so long as the Piobaireachd Society hands out plenty of gold, there will always be any amount of competitors, no matter what sort of stuff they are compelled to play, and in this way the number of competitors is no criterion.

“Let the Society cease from giving prizes and refrain from the practice of judging in one’s own cause (a practice happily not allowed in this country), and then listen to how many of their settings of tunes are being played; or let another society get up other sets of the same tunes and double the prizes and the Piobaireachd Society would see their settings put in the shade.” Next, MacLennan comments on the lost art of composing piobaireachd. “No piper will play piobaireachd but for prizes, consequently he believes there are too many of them already, but put piobaireachd on its proper footing, make it the melody it has been, and there will be any amount of good tunes composed.” He goes on to examine each tune in the new book and comment on the setting in comparison to the other available settings, and finishes by suggesting that readers should send in copies of settings they have if different from the printed settings then readers could ‘hold fast that which is good.’

On August 18, the Piobaireachd Society advertised the rules of its competitions for that year:

At Oban on the first day of the Argyllshire Gathering Games:

1. Open Competition – First prize £7 and a Gold Medal and prizes of £4, £2, and £1.
2. Restricted Competition. Open to such as have not previously obtained a first prize for Piobaireachd at the Argyllshire or Skye Gatherings, Northern Meeting or Lochaber Games. First prize £3 and a silver medal and £2 and £1.

At Inverness under the joint rules of the Northern Meeting and of the Society, on the first day of the meeting:

3. Competition for the Highland Society of London’s Gold Medal restricted to such as have not previously won it at this meeting. 1st Prize the Gold Medal, and £5 presented by the Piobaireachd Society and prizes of £3, £2.10s and £1.10s presented by the Meeting.

On the second day of the meeting:

The Society intimated that its publication of piobaireachd containing these tunes was ready, and could obtained from Peter Henderson, price 2/6 and that no other versions will be eligible for prizes in competitions held under the rules of the Society.

This letter appeared in the letter page of the same edition of the Oban Times: “Scottish Piobaireachd Society. Sir, In your valuable paper a few weeks ago there appeared an excellent letter by Lieut. MacLennan regarding this Society and its publications. As nobody has as yet ventured to reply on behalf of the Society, I am afraid we must hold that they are not prepared to dispute the facts with which Mr. MacLennan confronts them. It is to be regretted that a Society of this kind, started no doubt with the best intentions, should prove a hindrance instead of a help to pipers by issuing inaccurate and mangled versions of tunes, and great credit is due to Mr MacLennan for calling public attention to the matter. If the Society has really the interests of piping at heart it will best serve these interests by now withdrawing from circulation all their publications and handing them over to a competent authority on the theory and practice of pipe music, who will correct and issue them, in intelligible and proper form. Failing this, I see no course for the Society but to wind up and frankly acknowledge its failure to carry on successfully the work undertaken by it. I am etc. Piobaire.”

The Gathering that year enjoyed sunny weather “agreeably tempered with a refreshing breeze. At 10.30 the streets were thronged and the scene around the office of the Secretary – where the competitors had gathered to receive entrance tickets – was one of animation. This being over, the competing pipers formed into line and marched gaily to the Gathering field. Arrived at the field, no time was lost in getting on with the several competitions.”

However, the good weather did not last and heavy rain in the afternoon marred the event. Conditions improved for the following day. It was reported that there was a very large gathering of spectators, those from a distance being conveyed by rail and steamer.

Willie Lawrie was born in 1881 at Ballachulish near Glencoe.At the Northern Meeting he won the Gold Medal in 1910 and the Clasp in 1911. He was Piper to the Earl of Dunmore and Piper to Col. MacDougall of Lunga. During 1911 and 1912 he ran a school for piping at Benbecula. He had joined the local Volunteer Batt. A & SH about 1900 at Dunoon and was appointed Pipe Major of the 8th Batt. A & SH TA in 1912. Colonel at the time was John Campbell of Kilberry. After being sent to France in 1915 Willie was invalided to England where he died in hospital in 1916 as a result of illness contracted in the trenches. He is remembered as the composer of many other great tunes.

George G. MacKay was born in Sutherland in 1869. He lived in Edinburgh and died there in 1940.

The Gaelic Concert that year was opened by a march, strathspey and reel played by a sextet comprised of John MacColl, John MacDonald (Inverness), James Center, Alexander R. MacColl and William MacNeill.

The notice of the 1907 Gathering lists the same events as in 1906. There are set tunes for events one and three and six tunes are to be submitted for event two. The set tunes for event one are The Children’s Lament, The Unjust Incarceration and Ronald Macdonald of Morar’s Lament. For event three the tunes are MacLeod’s Salute, Isobel MacKay. Piobaireachd Society settings must be played.

According to the report of the Gathering there was brilliant sunshine on Tuesday hut torrential rain and thunderstorms on Wednesday. The results were:

William Thomson was Piper to the MacNeills of Lossit, Kintyre.

Andrew MacDonald was born in 1870 at Glentruim and was a brother of Pipe Major John MacDonald (Inverness). Andrew was Pipe Major of the Scottish Horse 1908-18 and served in Gallipoli. He was wounded in 1915. Later he was in the service of Stewart Menzies of Arndilly, Craigellachie.

In 1908 the events and prizes are the same. On Tuesday there was heavy rain but Wednesday was dull and dry. We now see Willie Gray and Roddy Campbell in the prizes. The results were:

Willie Gray was born in Glasgow in 1883. His father was from Dornoch but his mother was from Mull so he had Argyll connections. In 1903 he joined the Govan Burgh Police and became a member of the band under Pipe Major Hutcheon. In 1912, Govan became part of Glasgow so the band became the Glasgow Police. From 1916, Gray served as Pipe Major of the 2nd Batt. Argyll and Sutherland Highlanders. In 1919 he returned to the Glasgow Police, and was appointed Pipe Major of the band. In 1919 he won the Medal at the Northern Meeting. In January 1920 he was one of the founder members of the Scottish Pipers’ Association and in that same year he led the band to win the World Pipe Band Championship. In collaboration with Drum Major John Seton of the Police band, another ex-Argyll, Willie produced a tutor and collection of Music in 1922 and a second collection in 1925.

Gray was promoted to the rank of Lieutenant in 1928. He retired from the police in 1933 and went to live on Islay for a time then returned to the mainland to live at Cardross. He died in Dumbarton in 1962.

George Yardley was born in 1874 at New Monkland, Lanarkshire. He worked as an engineman at a colliery then played with the 5th H.L.I. under John MacDougall Gillies. He was the founder of the Cambuslang Pipe Band and a founder member of the Scottish Pipers’ Association. Yardley won the Northern Meeting Gold Medal in 1911, the same year as he won the Argyllshire Gathering Gold Medal. He went to South Africa after the First World War then to New Zealand in 1924 where, in 1938, he died. 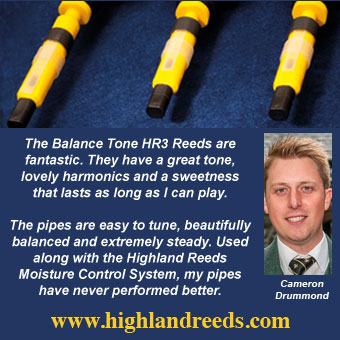