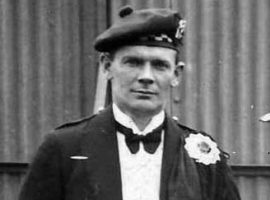 Owen MacNiven was a well-known piper of the pre-war era. Born in Paisley in 1916 he was taught initially by John Morrell 1926 before the great Pipe Major Robert Reid took him on. By all accounts, Owen was an excellent piper – and the only one of Robert Reid’s pupils […]