19 hours ago
Piping results and photos from B.A.G winter competition
20 hours ago
See Breabach tonight at CC23 and on USA tour starting Feb 2023
2 days ago
Enter the Northern Meeting 2023 competitions now!
2 days ago
See the Scott Wood Band tonight at Celtic Connections 2023
3 days ago
Stuart Liddell tribute to Ian Duncan and his music 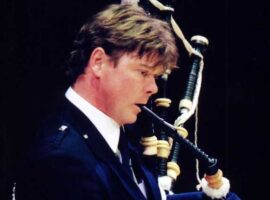 Gordon Duncan (1964-2005) inspired a whole generation of pipers in his own lifetime in a way no piper has ever done before or since. As the December 2015 edition of the Piping Times stated, his influence on the current generation is apparent even though some are perhaps too young to […]