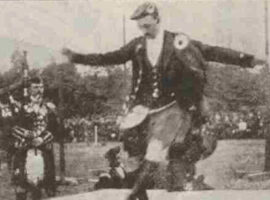 1895 – 1896 by JEANNIE CAMPBELL MBE In 1895 the Scottish Gathering at Stamford Bridge was on Saturday, June 29. There was a large crowd and reports stated that fortunately the weather was not quite so oppressive as it had been earlier in the week. The proceedings, which lasted as […] 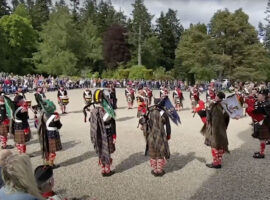 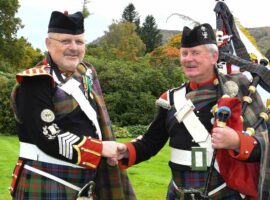 Legendary Scottish piper, Ian Duncan’s 50 years’ service with the Atholl Highlanders, was recognised at Blair Castle last weekend. Also recognised was Drum Major Alister Walker, another well-known face in Perthshire. Alister is also one of three Drum Majors in local band, the Vale of Atholl. Ian and Alister were […]