22 hours ago
Bagpipes on the Devil’s Tower
2 days ago
Theory Top-Up Harmonics Part 2: continuing the discussion on overtones
3 days ago
Solo piping results from Ceres Highland Games
4 days ago
Results from the European Pipe Band Championships in Inverness
4 days ago
ADHD in an adult piper: a tale of two competitions 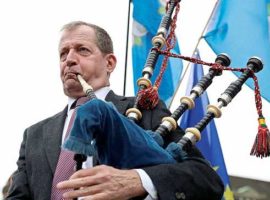 Alastair Campbell, who was former UK Prime Minister Tony Blair’s press spokesman until 2000, has spoken of how playing the pipes helps his mental health. The former controversial campaign strategist spoke to a British newspaper yesterday of his love affair with the pipes and how music has a profound effect […]