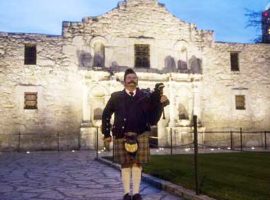 From the 18th century onwards the great highland bagpipe became established in the US with the large numbers of Scots and Ulster Scots settlers. The earliest records show that in 1700, the total population of the 13 colonies was 250,888, of whom 3% (7,527) were ethnically Scottish. Today. the number […]