2 hours ago
Piping results and photos from B.A.G winter competition
3 hours ago
See Breabach tonight at CC23 and on USA tour starting Feb 2023
1 day ago
Enter the Northern Meeting 2023 competitions now!
1 day ago
See the Scott Wood Band tonight at Celtic Connections 2023
2 days ago
Stuart Liddell tribute to Ian Duncan and his music 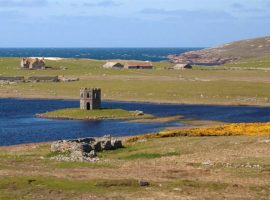 The deadline is approaching for submissions to be sent in for the composing competition organised by Taigh Sgire Sholais, in association with The National Piping Centre. As reported last month, the competition is for a new March to mark this year’s 170th anniversary of The Battle of Sollas. The deadline […]